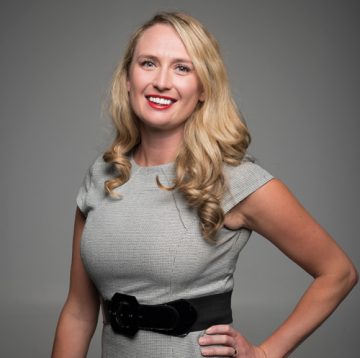 June 7, 2022 – Kelowna, B.C. – On Friday June 3, Cassidy deVeer was named the President of the Canadian Home Builders Association of British Columbia. In her role, Cassidy will advocate for policies that speeds up new home construction on behalf of over 2,200 home builders, renovators, designers, and trades, and make homes more affordable for British Columbians.

The appointment comes at a critical time as home prices continue to trend upwards and out of the reach of most Central Okanagan residents. The average cost of a single family home in Kelowna is now over $1.1 million dollars. Between a material supply shortage and an aging trades population, there is lots of work to be done.

“Over 100,000 people moved to British Columbia in 2021 alone, and our housing stock has not kept up with our growth. Home ownership is further away for the average Canadian than ever before.” Says Cassidy. “We are at a time when there are significant changes coming to how housing is approved and delivered, and I am excited to be a part of that. In this role I hope to advocate for policies that will speed up building across all regions.”

In her role, Cassidy will focus on the issues builders face across the province, and advocate for the implementation of items like the Development Approvals Review Process – a guideline to speed up the construction of homes across British Columbia through the removal of municipal red tape.

deVeer is no stranger to the world of advocacy or volunteerism. In 2019, Cassidy was appointed as the first female President of the local arm of the association, the Canadian Home Builders Association of Central Okanagan. In 2021, Cassidy joined the Yeye Housing Society Board, a local non-profit that helps first-time home buyers enter the market. When she’s not advocating for housing affordability, Cassidy also advocates for the importance of women in trades.

“Being a female in this role is also extra special.  As a builder, representation matters. There are so many amazing women in our industry that often feel like they are in the background, and I am fortunate to be able to represent all of them. The only way we can get more housing built is if we continue to bring more women into this amazing industry.”

Representing over 300 members, the CHBA-CO advocates on behalf of and provides education and community-building opportunities for builders, renovators, interior designers, and the suppliers and trade companies they employ. Locally, CHBA-CO members create over 16,000 local jobs, contributing over one billion dollars to our local economy. One in five employees in British Columbia work in the home building industry. Recently, CHBA-CO launched The Buidlers’ Pilsner in collaboration with Copper Brewing to support affordable housing through Habitat for Humanity Okanagan. For more information visit www.chbaco.com