Concern About the Spec Tax 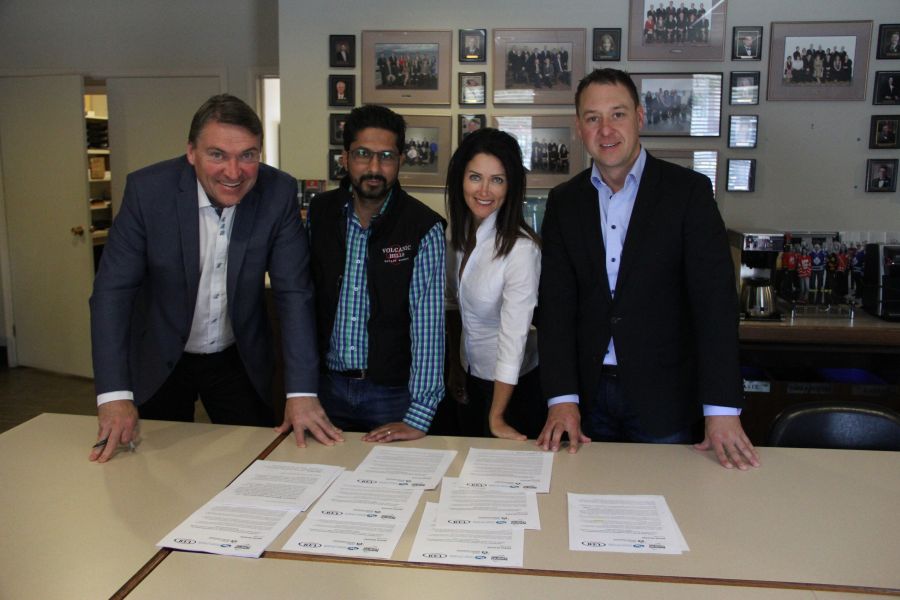 The Canadian Homebuilders Association Central Okanagan (CHBACO) met Monday at the Chamber of Commerce to discuss the speculation tax, have their voices heard and ask pertinent questions of British Columbia’s proposed speculation tax.

The CHBACO along with UDI Okanagan, the Kelowna Chamber of Commerce, the Greater Westside Board of Trade – all of which are a part of a larger Scrap the Speculation Tax coalition which is composed of nearly 20 organizations.

The two communities are similar to Whistler, several of the CHBACO members noted, with an economy that revolved around tourism and inter-provincial migration.

The development community was not invited to the meeting between the two mayors and B.C.’s premiere but says they need to be removed from the list of cities involved.

“If the NDP government is looking at making changes to this degree . . . they should be engaging with industry that is constantly involved in that profession and they should also be completing a full economic impact study,” said Tom Dyas, past Chamber of Commerce president.

“We’ve seen no numbers that tell us this tax is needed or will improve rental rates or affordability.”

The business groups argued that the implementation of a speculation tax will work contrary to its purpose: instead of stimulating the economy and improving rental rates and real estate affordability, it would stunt the economy and cause the housing prices to rise.

“The intent is to create housing affordability and we actually think it’s going to probably do the opposite of that,” said Justin O’Connor, President of the CHBACO.

O’Connor wanted to know if the speculation tax would be rescinded if the rental vacancy rate reached 2.5 to 3%, the staple amount for a healthy economy.

Sandro De Angelis is the owner of Il Tavolino, a small business in the Lower Mission, who believes that if the Speculation Tax is implemented it will lower summer tourism rates and affect his business’ income.

“This speculation tax will more than likely affect tourism and I think last year was a great example of what tourism means to this city,” said De Angelis about the lack of tourism due to flooding.

“Without it, small businesses such as ours will suffer,” commented De Angelis, explaining he expects a 25-30% decrease if the speculation tax is enacted.

Shane Styles, the Director of Real Estate for Westcorp, noted that the speculation tax could affect the new hotel being developed in Kelowna and has caused hesitance in those looking to buy.

The CHBACO took this opportunity to voice their concerns and urged the province to reconsider the current format of the speculation tax. O’Connor stated that he would not be opposed to a speculation tax that targeted house-flippers instead of dedicated owners.

“Really what it’s doing is taking the money out of hands of people who have worked hard and bought property – it doesn’t mean that they are speculating on it – they’re using it to enjoy now for vacation the non-residents but the thing is, usually what ends up happening is they end up moving here at some point down the road and end up supporting economy,” said O’Connor

“We’d like to see more homework done and a true economic impact study that shows that this isn’t going to kill the British Columbian economy.”

There will be a town hall held at the Holiday Inn in West Kelowna on Wednesday at 6:30 p.m. to allow the public to voice their concerns.

Mayor Doug Findlater, fresh off his visit with the Premier, will be present among others who are also in opposition to the speculation tax.