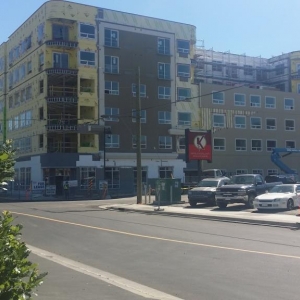 City of Vernon Manager of Economic Development and Tourism Kevin Poole reported to Vernon Council that building activity remains strong for the first half of 2017. Between January 1 – June 30, 2017, 221 permits were issued with total building permit value of $68.3 million.

“Single family residential construction continues to show solid growth with 103 units created with a corresponding building permit value of $38.4 million compared to 74 units and $26.1 million for the same time period in 2016,” said Poole.

Additional applications in process include several multi-family developments in and around the city centre, the proposed Four Points by Sheraton & Convention Centre at 5400 Anderson Way and a recent application for a Best Western Premier Hotel at 5350 Anderson Way.

Poole reported that the Municipal Regional District Tax (MRDT) revenue received up to April 2017 is down slightly (-2.3 per cent) over the same period in 2016. Administration is connecting with accommodators and tourism attractions on a regular basis to monitor any impacts as a result of the high water levels and as Vernon prepares to receive evacuees as a result of the fires in the Cariboo.