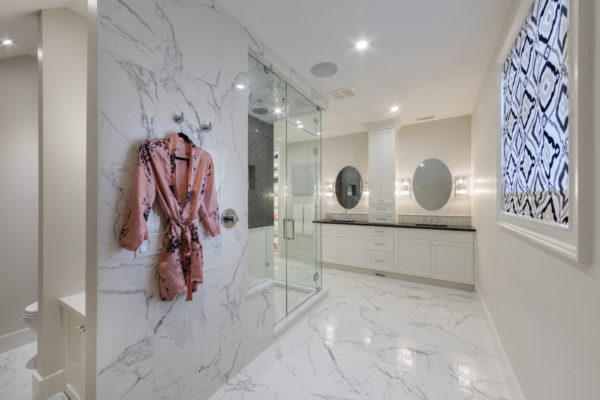 At its 76th National Conference in Niagara Falls, the CHBA announced its 2019 National Awards for Housing Excellence. Powered by Avid Ratings Canada and representing the best new homes, new communities, home renovations, and residential marketing in Canada, the CHBA winners were selected by a panel of judges from over 700 entries from across the country.

Bringing home the hardware for the Okanagan was Paradise Estates, of West Kelowna which won the 2019 Community Development Award; Mission Group who won in the category of Attached Homes – Mid to High Rise Condominun or Apartment Projects (Planned) for its Bernard Avenue, luxury condominium project ELLA; and Marvel Pro Contracting and Renovations Ltd., won in the category of Bathroom, Luxury Master Bath.

Prime Minister Trudeau and Opposition Leader Andrew Scheer both attended the National Conference to speak to association members highlighting that Housing will be a Federal Election issue.

“It’s great to celebrate excellence and these three Okanagan companies should be very proud,” continues de Veer. “In addition, there are many challenges facing the industry as Governments at all levels tinker with the market, provincially, with the Speculation Tax and federally with the Mortgage Stress Test.”

In March’s Federal Budget, measures were announced by the Minister of Finance to help ease Canada’s growing housing affordability crisis. It includes a new First-Time Home Buyer Incentive, increases to the Home Buyers’ Plan, expansion of the Rental Construction Financing Initiative, and measures seeking to address the housing supply shortage—all items in line with CHBA recommendations.

The Government claims its policies will help 100,000 Canadians achieve home ownership in the next three years. CHBA has recommended the shared appreciation mortgage approach for some time as a very good tool for helping those who can’t get into homeownership but have the means to pay rent.

The Budget also made reference to monitoring the effects of the stress test and adjusting it if economic conditions warrant. CHBA continues to recommend that modifications be made to the current mortgage stress test, which has served to lock out too many well-qualified Canadians. Given the market and interest rate changes of the past year, it is time to adjust the stress test accordingly.

CHBA recently surveyed its members across Canada and found that the number of first-time home buyers fell by one-third between 2017 and 2018, and 95% of members who responded reported that the stress test was the number one issue affecting buyers and sales. Since the introduction of the stress test in January 2018, CHBA estimates that some 147,000 potential home buyers have been locked out of the market.

“Current restrictions on mortgage access mean that many millennials and new Canadians are seeing homeownership slip away,” says de Veer, “As the Federal Election nears you can bet the CHBA-CO will be out on the hustings too advocating on behalf of our industry.”